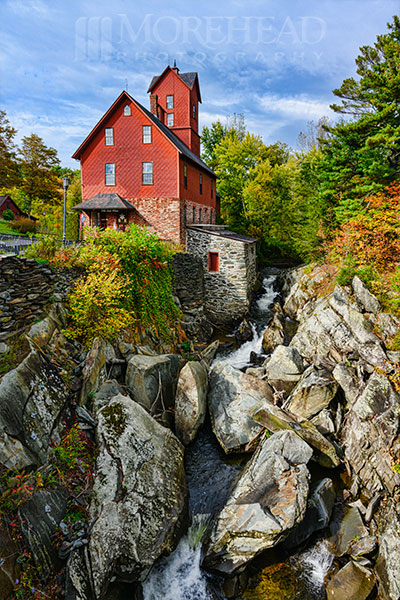 This bright red mill perched on the side of the Browns River in Jericho, Vermont draws attention in any weather. Built in the 1800’s the mill was named in honor of Thomas Chittenden, first governor of Vermont. The mill supplied flour to a large area of northern Vermont, and continued in operation until 1904. It is currently home to the Jericho Historical Society and the Snowflake Bentley Museum, the first person to photograph a single snow crystal (after 5,000 snowflakes later Wilson never found two alike).